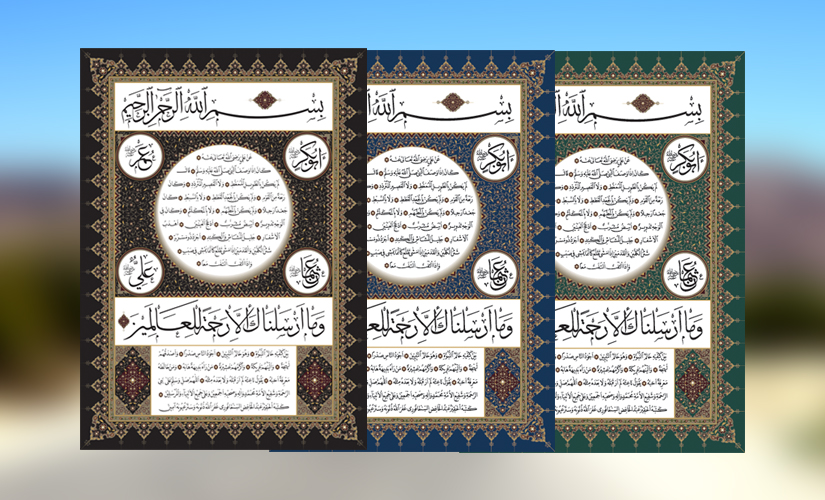 According to other popular traditions, the Prophet himself advised his “four friends,” the first four caliphs, before his death to remember his shama’il-nama, that is, the description of his looks and qualities. One who stitches the hilya in his shroud will be accompanied on his last way by a thousand angels who will recite the funeral prayer for him and ask forgiveness on his behalf until Doomsday.

Out of the simple, sonorous Arabic descriptions of Muhammad’s qualities more artistic forms developed. It seems that veneration of the hilya was especially widespread in Ottoman Turkey. There the calligraphers developed a peculiar style of writing it during the sixteenth century, which was perfected by Hafiz Osman, the master calligrapher of the late seventeenth century. These hilya, often imitated, are round, and beneath the circular frame that contains the description of the Prophet, the line “Mercy for the worlds” is written in large letters.

Even today, the hilya is usually printed according to the model set by Hafiz Osman and his disciples, and is kept in homes, to convey blessings upon the inhabitants. To execute a hilya in fine calligraphy was considered a work of great merit: one Turkish woman, widowed and childless, said she regarded the nine she had completed during her lifetime as a substitute for nine children, hoping that they would intercede for her at Doomsday.